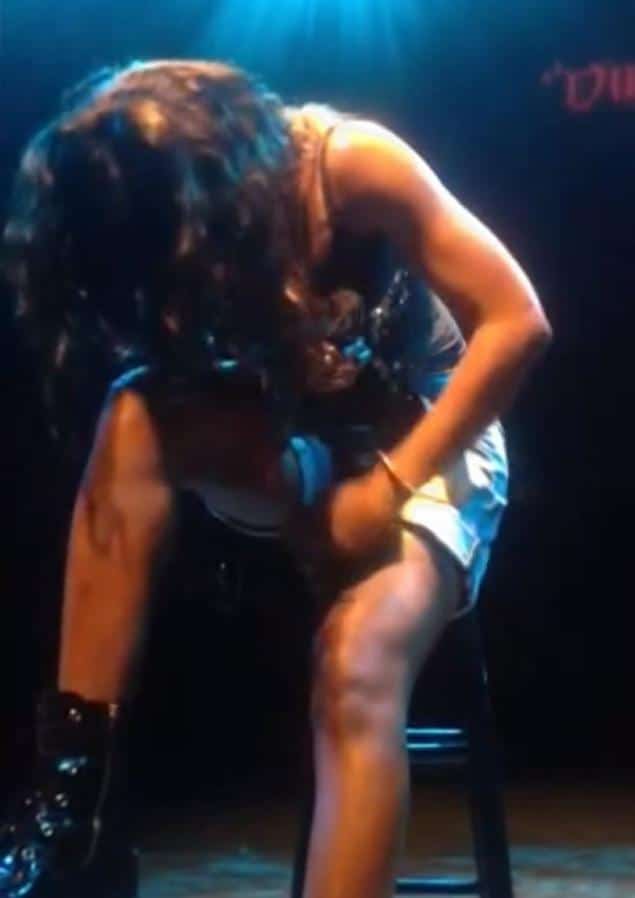 Singing heartfelt ballads for those of you in the know can really be gut wrenching stuff, case in point Kelly Rowland who betrayed more than just spent feelings in her recent performance ‘Dirty Laundry,’ which speaks of her travails some wonder with respect to former Destiny’s Child colleague Beyonce.

Goes on to tell the huffingtonpost: During a concert in Washington, D.C. on Sunday, Rowland broke down crying while performing the song, brushing tears from her eyes as she sang the lyrics “He pulled me out, he said, ‘Don’t nobody love you but me / Not your mama, not your daddy and especially not Bey’ / He turned me against my sister / I missed ya.”

After that last line, Rowland, who performed the song while sitting on a stool, bent over, placed her head in her lap and appeared to heave a bit. This continued for about 25 seconds as the crowd chanted her name.

From there Kelly Rowland Rowland launched into the song’s final chorus and wiped more tears from her eyes at its close, by which point she was standing at the edge of the stage. “I am so grateful to God that I have my girls to back me up.’

Forget the record/because off the record I was going through some bullshit/post-Survivor/she on fire/who want to hear my bullshit?/Meanwhile this man kept putting his hands on me/Swear y’all don’t know the half of this industry.

And here’s Kelly Rowland explaining later on a liver radio interview why she broke down.

And then there was these two comment on the web that made me wonder as well:

Why are people so damn determined to make this song solely about Beyonce? It’s also about an abusive ex boyfriend too people.

Really, Beyonce isn’t the blame for your success. Maybe your not that talented or likeable. Not everyone is meant to be a star!
SHARE
Facebook
Twitter