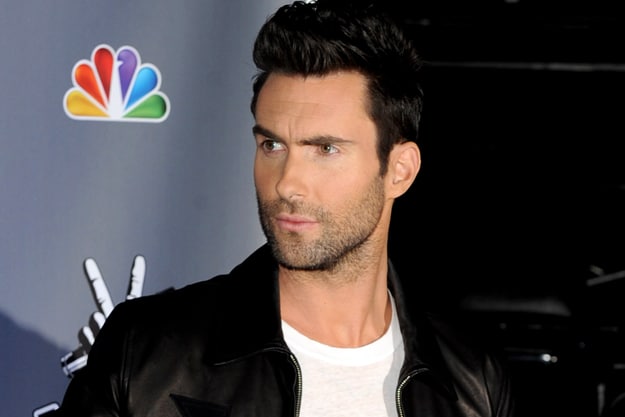 Kids it’s time to collectively open our mouths in wonder as collective hero to good looks and revolving super models, Adam Levine introduces us to his new girlfriend. Gossip Girl‘s Amanda Setton who he purportedly met a few weeks after calling things off with Victoria’s Secret model Behati Prinsloo.

Hearsay has it that Levine met 27 year old Setton through mutual friends just over a month ago and rumor has it them bixches are really hitting it off.

Told a source to radaronline: ‘Adam and Amanda have just started dating each other, and it’s still early days. They met around a month ago through mutual friends and instantly hit it off, and they have gone on several dates since.’

Nevertheless friends close to Setton are concerned that our hero may be playing her as he is known for having a reputation for chasing the super model cache quotient.

Said a friend: ‘He doesn’t seem to go often without having a glamorous supermodel on his arm – so there’s a worry Adam could be playing Amanda.

‘We’ll just have to wait and see. At the moment, they’ve just started seeing each other – we’ll soon know if it’s serious or not.’

Prior to being involved with Prinsloo, Levine was involved with Russian model Anne Vyalitsyna who went through the trouble of posting an ad after they had broken up to soothe our nerves.

Read the ad: “Adam and I have decided to separate in an amicable and supportive manner. We still love and respect each other as friends. I wish him all the best.”

Said a source with respect to Levine’s new budding relationship: “We’ll just have to wait and see. At the moment, they’ve just started seeing each other – we’ll soon know if it’s serious or not.”

What do you think kids? Can our hero settle for a gossip reality actress this time round on the merry go round?