Kelly Osbourne has finally come to understand the meaning of life. Looking hot in a bikini.

Kelly Osbourne in her shoot for Cosmopolitan Body as shot by Nicky Johnston has become America’s latest darling to re affirm that one’s self worth is conditional on being able to grace a magazine cover in a svelte bikini. And lo and behold, Kelly has finally done it and one can only gush that she has come to show us how to save our fat selves from our ever indulgent selves.

Speaking to the magazine Kelly interestingly reflected the following:

‘I’ll never be the kind of person who thinks, “I’m so hot.” I don’t want to be. But I learnt to respect and love myself – something I didn’t think I would ever be capable of.

‘At the Emmys last year I had my first moment when I really felt good. I put on my dress and when I looked at myself in the mirror I cried.’

Which according to the chipmunks Mazeltov and Doestovsky hovering by my ankles comes off as a back hand way of saying ‘I’ll take a magazine cover any day of the week I can get my hands on and if somewhere along the way I can come up with feelings of self worth and pride that would be nice too. But either way the mirror never lies but at least when I look into it my lies look 69 pounds lighter.’

And continuing: ‘Never in my life did I think that Zac Posen would fly in a dress for me that he could have given to any nominee. It fitted me perfectly!’

Which according to the fuzzy animals guzzling on the good shit in the family tea room is a backhand way of saying ‘Zac Posen was kept apprised of my supposed weight loss and and appreciating that my social cache might go up a notch with a trimmer svelte me rushed to send me a crinkle free dress.’

But in case you think Kelly is completely superficial and self absorbed, there’s this:

‘People think I lost weight and that’s what made me happier. That’s not true; I had to learn to love myself first.

‘Losing weight was just one benefit of putting the hard work in and sorting myself out on the inside first through therapy.’

Osbourne explaining that following therapy she finally learned to just be herself: ‘That was one of the scariest times of my life. I swear I’ve never felt more naked, because I had to actually be me and couldn’t mask it.’

Which is chipmunk back spit of saying ‘Although I like to talk a mean game of humility and self worth, let’s not kid ourselves, I aim to media whore myself to adfinitum as long as the money, fame and adulation keep on coming. Thanks for the new bikini Zac!’

Isn’t it time you lied to yourself the way Kelly likes to lie to herself? 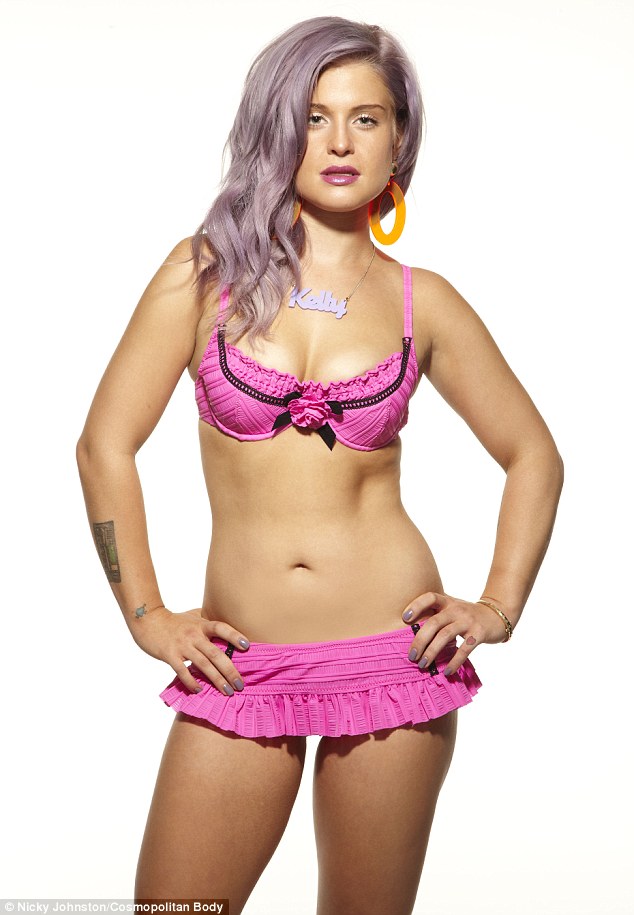