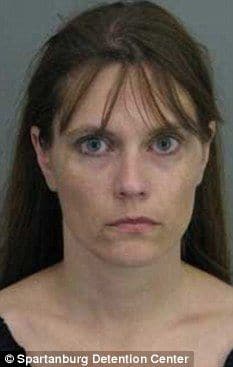 Can someone define the word drug addict?

dailymailco.uk: A six-week-old baby died after she received lethal doses of the painkiller morphine through her mother’s breast milk, police said.

Alexis was found dead in her bed at the home of her mother Stephanie Greene, 37, in Campobello, South Carolina.

No amount of head shaking can bring this child back, but one has to wonder, weren’t authorities at the hospital aware of Mrs Greene’s dependency on morphine? Didn’t it occur to them there was a real threat that this child could suffer dire consequences if she were exposed to her mother’s drug dependency issues? But more importantly didn’t all the above occur to the mother?

La Leche League International which encourages the breast feeding of children has argued that mothers taking morphine rarely pass on the drug to their offspring as it has been clinically demonstrated only low levels ever pass on to the child.

What makes Ms Greene’s case more controversial is the fact that she had obtained morphine the drug up to a whopping 38 times in less than 2 years at a local pharmacy.

To date Mrs Greene has been charged with 38 counts of violating drug distribution laws and if convicted could receive up to 5 years in prison for each felony count as well as a potential 20 years to life sentence for child abuse.

Mrs Greene’s husband, Randy, according to the Daily mail refused to give the name of his wife’s attorney when they reached out to him. Not that should surprise anyone.

Wouldn’t it have all been simpler to give up the drugs once Mrs Greene learned she was pregnant? But then again, the fact she couldn’t and probably had to resolve to using a flotilla of doctors to get her fix underscores the severity of her drug addiction. Which is to say, nothing comes before a fix, even that of your child’s well being or as in this instance- its life.