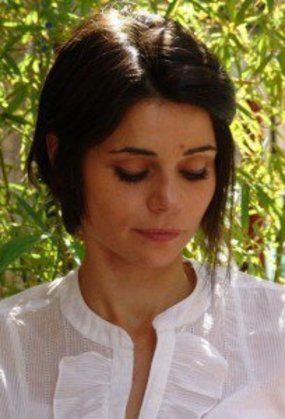 It seems being an openly gay blogger in Syria is not paying off. The blogger in question is Amina Abdalla Arah al Omari, an openly lesbian blogger who’s blog ‘a gay girl in Damascus,’ chronicles in the words of the blog- ‘ a Syrian lesbian’s thoughts on life, the universe and so on…’

Yesterday she went missing, feared abducted by those who would rather not have her around anymore. The severity of the situation was highlighted by a passage her cousin posted in her blog whilst her cousin has gone missing.

I am Amina Abdallah Araf al Omari’s cousin and have the following information to share.

Earlier today, at approximately 6:00 pm Damascus time, Amina was walking in the area of the Abbasid bus station, near Fares al Khouri Street. She had gone to meet a person involved with the Local Coordinating Committee and was accompanied by a friend.

Amina told the friend that she would go ahead and they were separated. Amina had, apparently, identified the person she was to meet. However, while her companion was still close by, Amina was seized by three men in their early 20’s. According to the witness (who does not want her identity known), the men were armed. Amina hit one of them and told the friend to go find her father.

Not great stuff to be writing about to be sure. But the immediate questions that come to mind include who are her abductors, why was she abducted and most importantly is Amina safe? And if we are to canvass why she was abducted we have the following leads:

The men are assumed to be members of one of the security services or the Baath Party militia. Amina’s present location is unknown and it is unclear if she is in a jail or being held elsewhere in Damascus.

The Baath Party militia? One gets the feeling the militia party didn’t abduct Amina because they’re interested in having her set up a satellite blog on the tribulations of being a gay woman in the Arab world. Whether a construct of the patriarchal ideology rigidly in place in the Arab world or a fear that if this young woman’s blog is allowed to prosper it may force a type of dissent amongst women that the hierarchy has little interest in fostering. Not that the Arabic world hasn’t been going through its own queasy motions of rebellion of late…

The blog continues relaying Amina’s fathers concern and his willingness to do anything to see her freed. It then continues to state that ‘we are hoping she is simply in jail and nothing worse has happened to her.’

All of which forces the dialogue why are women continuing to be oppressed in the Middle East, brazenly kidnapped and why are their oppressors so concerned about a woman who chooses to do nothing more than just blog – as she states, her observations? Which if anyone has been paying attention to lately, there has been quite a lot to be observing in the beleaguered state of Syria, civil strife and the occasional stalwart mini revolution aside.

To be sure this is deplorable and if anything suggests more about the sense of intimidation and inertia that a certain quarter of the population is feeling. Funny how a revolution about freedom in Tunisia a few months ago can inspire dread amongst men in Syria when a woman chooses to live outside the patriarchal and ideological constructs of a demented regime, never mind when she begins documenting it openly….