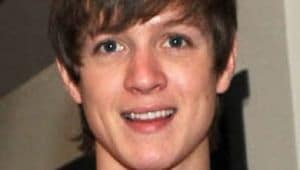 There’s nothing more redeeming than reading about a cultural pop figure landing on their ass while through no fault on their own while you can barely afford to squeeze the pimple rocking gently on your forehead.

Alas it seems after initial reports that America’s sweetheart was sleeping behind abandoned buildings (ahh the rite of artists) it seems after all that he has been doing nothing of the kind even if it appears that is exactly what he had been tweeting days earlier.

Conversely if the rumors are true – this too gives greater pause for alarm- after all if a kid gets national attention and still can’t make it- who exactly can anymore?

foxnews : Former “American Idol” contestant Alex Lambert shocked fans when he confessed that he is homeless and has been sleeping on the streets, but his rep says the claims are simply not true.

The claims began Monday night, when Lambert took to his Twitter page to make the shocking confession.

“Ever since [starring in the Web reality series ‘If I Can Dream’] ended I’ve been kinda homeless! Sleepin’ on the street and behind buildings,” he said. ” I just want my fans to know that I’m not an ‘American Idol’ type person. I just want y’all to know the truth.”

But then Lambert then did an about turn about late yesterday when he issued this following statement:

“I have places to stay. I just don’t want to be a burden on anyone!” he wrote. “I have money! And soon I will have a place to stay! I just wanted to let y’all know! I’m not some rich spoiled kid! That I’ve had to hustle and grind, and I don’t mind sleepin’ on the street, as long as I get my chance!”

“Sorry for the miscommunication. I’m just fine,” he added.