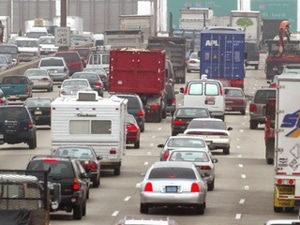 John Russell Krohn would like to greet you with 7 ounces of methamphetamine, needles and a scale in his pocket.

Have you been catching shuttle services back and forth from Phoenix and Prescott, Arizona lately? Possibly not, but one individual who has wants you to understand it was only just to accommodate your pressing needs.

AzCentral: PRESCOTT – Police in Prescott say a man they arrested admitted taking an airport shuttle to Phoenix and back every other day to buy drugs to sell.

Officers acting on a tip got a search warrant and met 52-year-old John Russell Krohn as he got off an airport shuttle in Prescott on Oct. 7. A police report released this week says he told them he had 7 ounces of methamphetamine, needles and a scale in his pocket.

What Johnny also had in the back of his pocket was a nice wad of money. A consequence of being able to buy low and deal sell high. A necessary survival tip if your chosen profession is as a drug dealer.
The report obtained by The Daily Courier in Prescott says Krohn told detectives he would take the shuttle to Phoenix, buy a quarter ounce of meth for $250 and then sell it for about $500 after taking some for himself. He faces drug sales and possession charges.

A plan which if you do the math had a nice cost to revenue pay off. A plan that coincidentally has a nasty pay out ratio should you factor in the cost of getting caught.

What you might also like to know about Johnny is he’s been caught doing other things too. What other things?

Krohn is a registered sex offender who was supposed to be living in Phoenix but had been living in Prescott.