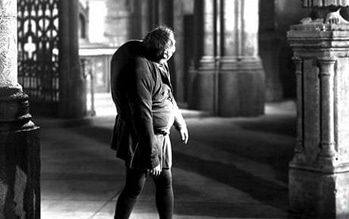 One of literature’s greatest tragic heroes, Quasimodo, has been found to be based on a real, hunchbacked sculptor working at Notre Dame, not just a mythical creature created from Victor Hugo’s vivid imagination.

The revelation came from documents found in the attic of a house in Penzance, Cornwall, and then obtained by the Tate Archive, an institution that houses the United Kingdom’s national collection of British art, in 1999 when the owner of the house moved.

The documents were the memoirs of Henry Sibson, a 19th-centry British sculptor who worked at the cathedral around the time that Hugo wrote his masterpiece; Sibson describes a hunchbacked mason who worked at Notre Dame. The seven-volume collection was written during Sibson’s time spend in Paris in the 1820s.

Telegraph UK: In one entry, he writes: “I applied at the Government studios, where they were executing the large figures [for Notre Dame] and here I met with a Mons. Trajan, a most worthy, fatherly and amiable man as ever existed – he was the carver under the Government sculptor whose name I forget as I had no intercourse with him, all that I know is that he was humpbacked and he did not like to mix with carvers.”

The Almanach de Paris from 1833 –a list of all professionals working in the city – names a sculptor “Trajin” as living in Saint Germain-des-Pres, the same city in which Hugo lived. In an early draft of Les Misérables, Victor alludes to his inspiration from the real hunchback of Notre Dame, by naming a lead character in the novel, “Jean Trejean, which he later changed to “Jean Valjean.”

Professor Sean Hand, the head of the Department of French Studies at the University of Warwick, and an expert on Hugo, said: It sounds entirely plausible, and if Hugo was indeed inspired by this deformed stonemason at Notre Dame, it further renews our appreciation of his amazing imaginative powers to take details from real life and weave them into magical literature.”