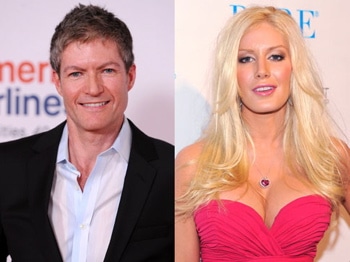 Heidi Montag is said to be “devastated” today, and although we wouldn’t ever be able to tell with that new mug of hers, we’re sure she is.

Dr. Frank Ryan, 50, famous plastic surgeon of the stars, died as a result of a car accident.

Huffington Post: According to law enforcement, Dr. Ryan’s Jeep went over the side of Pacific Coast Highway yesterday at around 4:30 PM. The Jeep landed on rocks and lifeguards initially tried to help Ryan, to no avail.

Ryan, who was 50, was trapped in the vehicle and had major head injuries. The Ventura County Fire Department tried hoisting Ryan using a helicopter, but the attempt was called off. Ryan was pronounced dead at the scene.

Montag did what any other digitally savvy media whore would do in the wake of tragedy; she took to her Twitter to share her sadness over the death of her friend and facial reconstructionist.

My thoughts and prayers go out to his mother, family, friends, and anyone who was ever blessed enough to meet him. He is in a better place.

A better place to be sure, Ms. Montag. No more sucking fat from celluliteless celebrities, no more peeling back faces of the famous.  And no more of him having to be called the “angel” that changed your life, we hope you know that’s not a compliment.

We just hope that she will be able to shed a tear over her tremendous loss.