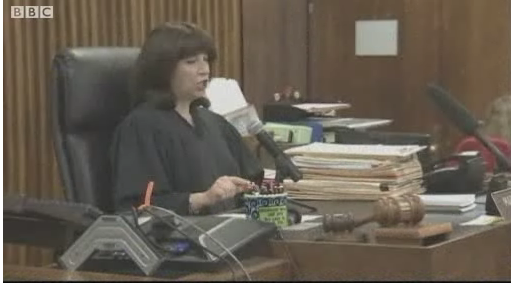 Today the world is going to shed a tear for Lilo.

Looks like it’s d-day for Lilo, and with Judge Marsha mighty pissed off at our favorite little possum for her incorrigible antics Lilo might have to die there and there in court today as she sucks up whatever the wicked witch of California doles up to Lilo who instead of finishing her DUI compliance attendance at sobriety meetings was instead getting as trashed as she could over there with them French possums.

Lindsay was required to complete 13 alcohol ed classes by last Thursday’s court hearing. As TMZ first reported, she has only completed 10. We’re told Lindsay wanted to make up at least one class on Sunday but the school could not accommodate her.

So Lindsay will appear before an unsympathetic judge still three classes shy, and Judge Marsha Revel has already made it clear … she was expecting full compliance.

According to TMZ Lilo is currently besides herself and is crying to the possum god to come down and save her. So mortified is Lilo to the sudden realization that she is actually human she’s being looking at empty beer cans and crack bags in her kitchen with a woeful longing. If the wicked witch does make our little possum go cold turkey you know the minute after those terms are set there will be a huge richter earthquake north of Malibu beach as Lilo’s tears begin to flood unsuspecting passer bys.

Sadly all we can do is pray that our little possum is saved the humility of her suddenly unbearable existence.

Back in the US, Lilo insiders declare that Lilo will not be able to meet the judge’s bail stipulations.

Hooray!- Lilo is finally going to the clinker.