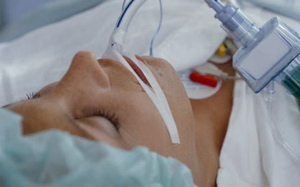 Isn’t it time you had a coma too?

A 13-year-old Croatian girl who fell into a coma woke up speaking fluent German.

Here’s a situation that is puzzling the world over. How does a normal girl who fell into a 24 hour coma end up waking speaking fluent German. Granted the girl had recently had started taking lessons in German in her native town of Knin, Croatia, but investigators are bamboozled as the young girl has now been forced to speak through interpreters to speak with her parents. Possible solutions.

10/ The whole story is a hoax. But the media is nevertheless desperate to believe in it because nothing sells better than young girls who wake up smelling of frankfurter musk.

9/ The girl was German in her past life, and the coma brought her back to the realization she was eternally a Bavarian princess.

8/ The doctor in charge of this ‘investigation’ is high on crack.

7/ The girl is just ‘fucking’ with her family but someone from American Idol was rumored to be flying over and now she’s never giving up the gig.

6/ It’s her little way of telling her family to go fxxx themselves.

5/ The girl is disturbed, but now she finds herself in a room full of white linen and Hospital bed sheets she’s really going to have fun with this one.

4/ Tomorrow morning she will also insist she is Lindsay Lohan and insist on a vial of crack.

3/ This is just an aberration and by tomorrow morning she will be hissing and bitching in Croatian again.

2/ The world likes to believe in miracles because it gives them hope that if they ruin their lives then they can still come back as Nina Luft Balloons or some other ‘hot’ magical figure.