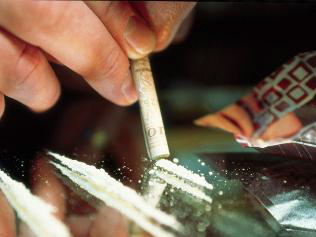 Paradise can always use some assistance…For anyone planning a trip to Sydney, Australia in the near future and concerned about your ability to score blow, there’s nothing to fear, the country is awash in the stuff the way a eucalyptus tree is awash in koala bears. Reports news.com.au:

SYDNEY is the cocaine capital of Australia with use – and arrests – for the drug soaring.

And it’s believed that a rise in cocaine arrests is not down to increased policing but rather a result of the growing desire for the drug.

“The short but unhelpful answer is that more cocaine is getting into the country,” said NSW Bureau of Crime Statistics and Research Director Dr Don Weatherburn said.

Obviously this must be an open relief for most US travelers looking to maintain the habits that they are privy to the way one calls for a Domino’s pizza on a Tuesday night.

But of course there is one caveat. What caveat you are wondering? The prices our dears.

National Drug and Alcohol Research Training Australia spokesman Paul Dillon said the “cocaine availability change has been quite remarkable” in the past 18 months.

“All the indications are that we are starting to see more cocaine around,” he said. “The most interesting thing is there’s different prices for different quality.”

He said the regular $300 per gram still exists but people are paying $400 for even higher grades.

“The problem with cocaine is that it’s seen as a light and fluffy drug but it’s a very addictive drug and it can be very destructive,” he said.

After all as any coke head can tell you going straight to the source (South America) will probably net you a gram for $3- $5 but then again you wont be amongst the company of sun bronzed Aussies snorting the stuff off their brief cases at the local pub which kind of makes the $395 premium almost worth it.

Ain’t it a shame Sydney, Australia and Medelin, Columbia are so far from each other?