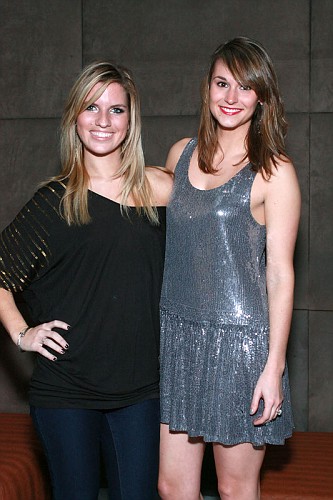 New York Girl Style, created and developed by Caroline Redehau held their Project City Girl campaign’s photo shoot and party this Thursday night, at the Gansevoort Hotel. The winner of the photo shoot Ekaterina Klenova—straight from Russia—strut into the scene wearing a sexy mini black dress designed by Rolando Santana. “Where should I order my tea?” She asked me. “Tea?” I said, confused by her selection of beverage. “No vodka, huh,” I thought, curiously.

The scenes were magnificent and the crowd pretty well attired for a Thursday early night.

NewYorkGirlStyle.com is an online opportunity for city girls to catch up with new trends, styles-events and fresh new designers. In April they will launch their spring fashion-shopping event.

Hosted and styled by Lindsey Crawford–who alongside Caroline wore a silver sequence pleated a-line Rolando Santana dress. Very receptive to others and genuinely interested in what people to had to contribute to fashion as an industry insider, herself—Lindsey was new to New York but not for long—you could see it in her ambitious eyes. Caroline wore a black, short sequence dress, from the same designer. Eager to please and on top of her game, that night—Caroline knew to bring the right people together in support of a fashion cause, in this case: Project City Girl.

Eric Hason, New York Girl Talk’s favorite photographer was unable to make it, so in his place was Vately; the event was sponsored by VH1, Gansevoort Hotel and Cutler salon. Rodney Cutler and high-profile celebrity friends attended as well. Posing with Lindsey and Ekaterina, near the fireplace and outside on the veranda, photos well captured the event and celebrity frame.

“The night is still young, it’s going to fill up,” said Caroline the publisher—she was right! The party got better with time and mingling, intermingling and passing out cards. I met an In-style magazine online marketer, a commercial actor and a German philosopher. The vibe was cool and drinks were passed—liberally, professionally.

Stay tuned for the site’s upcoming Made in New York event, a well. Made to support fashion and retail in New York, it launched in September 2009, featured designers like Charles Noland and will launch in Meatpacking. 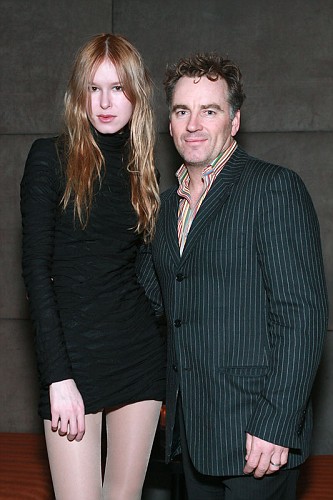