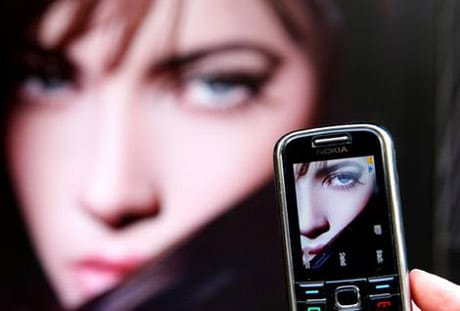 What Lola wants.  Lola gets.

It also means she gets what she does not want… Call it the unintentional coquette meets the nice girl. The nice girl who wants to remain the nice girl and will not turn down giving a number or talking to you for fear that you will call her a bitch or think less of her. She does not like you, might have a man or men in waiting, and yet she continues to smile and play with her necklace as you fiddle to find your phone. The nice girl could not tell you the cold hard truth. “I am not interested.” The coquette wanted to keep you in lusting limbo and glow in the unsolicited attention.

I am that girl, and it has left me with a Little Blackberry of Boys. Like a little black book, yet so much more bothersome, time consuming and confusing. Names like “Go Away Jonathon,” “Creepy LA,” “Red Hat??,” “Icky Ew Rich” and “Misses Me?” can not mean good things. Of course, I get the question “How do they end up in your phone? You give them your number!” The answer is partially the above description and the other is that some were just too damn persistent. I could not say no without succumbing to that red eyed bitch I feared all girls who said “sorry, not getting the number” were seen as. I also never wanted to wonder…what if. Everyone, hot or not to the first glance eye has some redeemable quality; this said very much in the mentality that you should give everyone a chance. Too bad for me as I have earned the right to be selective. Coming into my own sexuality gave me a thrust of the power with flirtation and all the lavish enjoyment that came with that. This breeds attention that you want as it is still feels novel as well as the attention you do not want.

Having a boyfriend was a godsend as it was a perfect way to shun the masses, yet it still sort of hurt having to say “no.” There is nothing wrong with saying no, and is the exact thing that should be said in most situations as some of the men who get to be with me really took it further than it should have. I’m hot. Body of a fertile sex pot with eyes that eat you alive…I don’t blame them. It is that moment of being their untouchable, of fulfilling their wildest dreams of being with someone like you. The same pull that made me want to slam the just legal high school hotties at the gym against a back wall in the lock room and give them something to reminiscence about until old age. To be what wet dreams are made of. It is then that you want to be nothing more than a fairy tale, the suggestion that leaves them wanting you and not being able to have you. The ones who get closer are breaking the story line, they stood no real chance and are supposed to be at brink forever, until they move on.

This sounds cruel and as if I was leading them on, yet I played by the rules. No plans were set, no promises to call and careful wording to make sure they knew I had no real intentions of being in touch with them. Getting their number to save myself usually had them so worried I would not call, they coerced me into giving me theirs. Some were more tactless in their dealing talking up how they “wanted to work together.” If you read my Infidelity piece you already know that I am overtly aware of what most men wanted from me, though in an attempt to say, “hey, they are all not rotten” I gave some the benefit of the doubt and assume if it was work, there were no intentions. I have had to stop working on projects or bid some networking contacts goodbye out of them wanting to date me more than work with me. You worry if you tell them no, let’s keep this all business that they will suddenly revoke the work offers. It is manipulative. It is not right. Any man (or woman) with real balls would not talk up work promises or suggestions just to get a woman (or man) chatting, calling and texting…just to drop the few dreaded lines about going out for a drink or dinner. Sadly I ended up at these very meet-ups trying to have a worthwhile conversation only to be hushed with “Let’s not talk about work.” I thought all you wanted to talk about was work, and I left with another strike on the “rotten board.” These fellows also go into the “bothersome no worth my time list.”

Now, back to the Little Blackbook of Boys. It could be a blessing as some provide friendship, some provide laughs and some provide text-message-porn (what we all do and don’t want at 1 PM.) It can be bothersome when the texts are all the time, blowing up my phone with all the people I don’t want to talk to mixed in with those I do. Some rarely get in touch, yet sit in my phone as boys that once were. All who at one time felt they should jump on this opportunity, get my number and maybe date! Old work colleagues, guys from the gym, grocery store finds, bob’s friends, the guy who now stalks me, travels found men  ranging from the mid west to the Florida beaches and the others from bookstores, subways, neighbors, and customers at jobs.

My Little Blackbook is not so much vanity as it is the messy way it ends up when you want and like to flirt, embrace your abilities…and cannot help but attract some who need not be attracted in the process. Being self assured, female and enjoying attention did not help my case to fend off the ones who ended up in the “go away” category. Confidence is a hard line for us ladies. When we finally come into our own, the world could be ours. We like it, it works wonders for getting what you want but it draws men to us like flies to open milk and honey. Blessed as I am, I even believe that days you do not feel so hot can be totally turned around just by assuming the mentality.

What are men and women to do? Having worked with a Social Dynamic and Dating Coaching Company here in NYC, I could see guys going out and trying to get numbers. I even did some wing woman work. I cringed thinking… I might be putting her in that uncomfortable position that I have sat in not being to say no to the number-give. This was justified by the fact I did feel everyone desired a chance, especially having working with these guys. Men who were scared to death to approach women for fear they would reject them. Maybe he would be right for her. Maybe I did the right thing. Maybe this is how all successful relationships start, and I again would choose not to edit down the list in my phone. Were they all potentials with some closer than others? Were they all like the guys in the Dating Classes who were pretty interesting guys just lacking social skills? Perhaps the problem was in that many of the ones with balls enough to approach me were not the great ones. Or at least there is a influx of the wrong ones. Many became “go aways” out of bothersome tactics, wrong things said, inability to see I really was not going to be interested and usually have someone I value a whole lot more to see.

In the end, men please take the subtle hints so we don’t have to be mean and if she does tell you no, do not push. Do not talk about work or other things the woman is into with alternative intentions. If she claims a boyfriend, leave it alone. Despite what Dating Coaches tell you… (I know, I taught with them) do not think you could get her to leave her boyfriend for you or that you might be first dibs when the boyfriend disappears. Women use their confidence and curves for good and for the right men, don’t flirt just for the attention… it gives you this same Little Blackbook List.