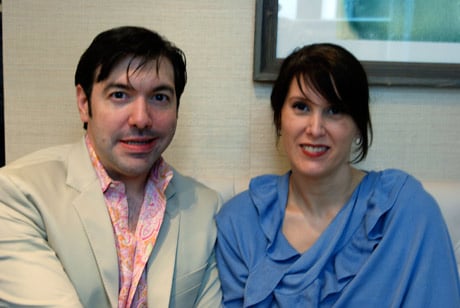 At the release party for Joe Freeman’s Old Soul Surfboards, Freeman served as a living demonstration of the truth behind the old maxim that if you work hard at what you’re passionate about, success will follow. Seeing how enthusiastic Freeman is about his vintage-style boards would be enough for most cubicle-dwellers to take a few moments to reconsider life in the concrete jungle.

Long Beach Island native (East Coast) Freeman has been designing hand-made surfboards for the last four years, though he has only been promoting them commercially for the last two. Several of his boards were on display at the party, and Freeman seemed at ease navigating the room to mingle, answer questions, and pose for pictures with his boards.

Even if he hadn’t been constantly posing for pictures and being shuttled around by the apparent event planners, Freeman would have been easy to identify as the only person in attendance rocking the casual California-style beachgoer attitude. Even from a distance, it was clear that his enthusiasm for both surfing and board design lent him the confidence it takes to be the center of attention in a room full of darkly-dressed chic New Yorkers.

The well-attended party was held at the third floor Chocolate Bar at Henri Bendel. Though the space had a nice view of 5th Avenue and the store below, it quickly became somewhat claustrophobic as guests continued to arrive, likely to the dismay of the two cheerful but over-worked bartenders. Luckily the hosts provided appetizers that included some of the best brownies I’ve ever had, so all is forgiven.

Also on display at the event was photography by Matt Schwartz of She Hit Pause Studios. His compositions fit perfectly with the beach aesthetic of the day. Much, though not all, of the work on display was photography of beach and surf scenes typically featuring female focal points. The work had a very dreamlike quality to it that evoked impressions of surfing-as-escapism from the daily grind. Schwartz has been working at his studio since 2002, and has since had the feelings his work induces as similar to “walking into a memory.”

The party wrapped up with a raffle with prizes that included a one hour surf lesson from Freeman himself, a Chocolate Bar gift set, one of Schwartz’s surf prints, and a gift certificate to the Chocolate Bar. For more info on Schwartz’s photography, visit http://store.shehitpausestudios.com. 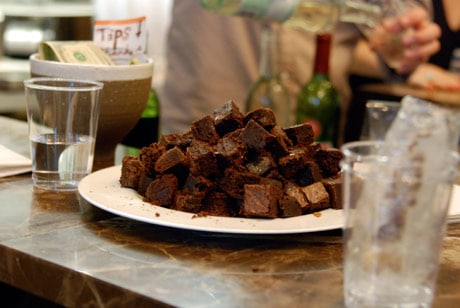