A 73 year old Chinese man suspected of murdering his girlfriend has decided to live after threatening over the course of four hours to leap to his death from a 22nd floor high rise in Tribeca, NYC.

The tense stand-off came as the un-named man was on en route to speak to his attorney about the alleged killing when he climbed up to the Manhattan high-rise instead.

A Mandarin speaking NYPD officer managed to dissuade the suicidal Chinese man from jumping as he helped translate as crisis experts sought to save the man.

From 2.15pm until 6.20pm police fought to get the man off the ledge, where after relenting, he was taken to Bellevue Hospital.

Man who threatened to jump off 22nd floor of Manhattan building is a suspect in his girlfriend’s beating death https://t.co/R5RGmRKFxO

Wednesday afternoon’s incident came after the Chinese man’s girlfriend Huizhen Zhan, 61 was found dead inside her Pomonok, Queens apartment with a blow to the head, Monday evening.

Responding officers discovered the woman lying face down. She had cuts to her head, arm and face.

Zhan’s face had been covered with a pillow and and sheet.

The death was ruled a homicide Wednesday.

Told a neighbor via the nydailynews: ‘They were a normal couple, like us. It’s hard to believe. They never fought. The first time the police were here was to find her body.’

‘The old man’s such a nice person, not an angry person,’ the neighbor added. ‘It’s hard to believe he could kill.’

To date authorities have yet to tell what led to the boyfriend killing Huizhen Zhan and whether the man will now face homicide charges in connection to her murder? 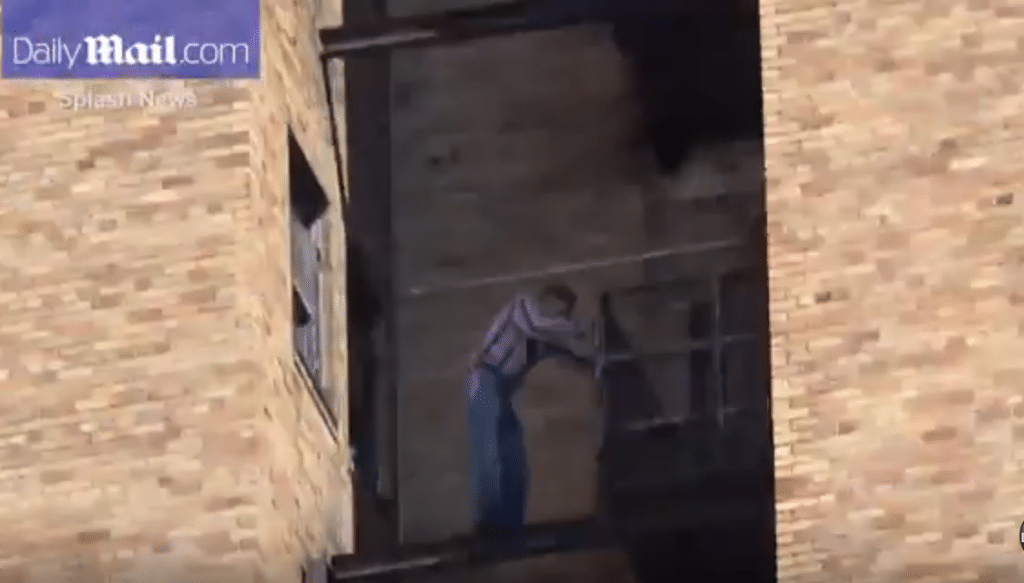