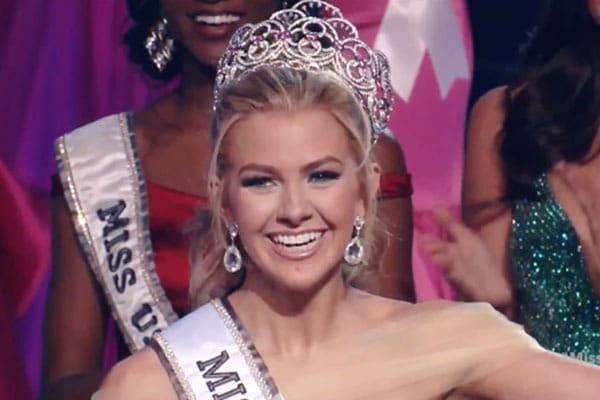 Karlie Hay Miss Teen USA nigger talk: Is Miss Teen Texas 2016 a racist? How pageant organizers may have come to betray their own underlying racism…

It seems as if Karlie Hay, Miss Teen USA 2016 has some public relations problems on her hands after the beauty pageant winner came to be called on her proclivity to throw racially disparaging term, ‘nigger’ freely about.

While Karlie Hay Miss Texas 2016 may have been pretty smiling after winning the Miss Teen USA pageant Saturday at Las Vegas, come the next day she may have been regretting the win after a slew of followers began to announce that Karlie Hay just happens to be racist. 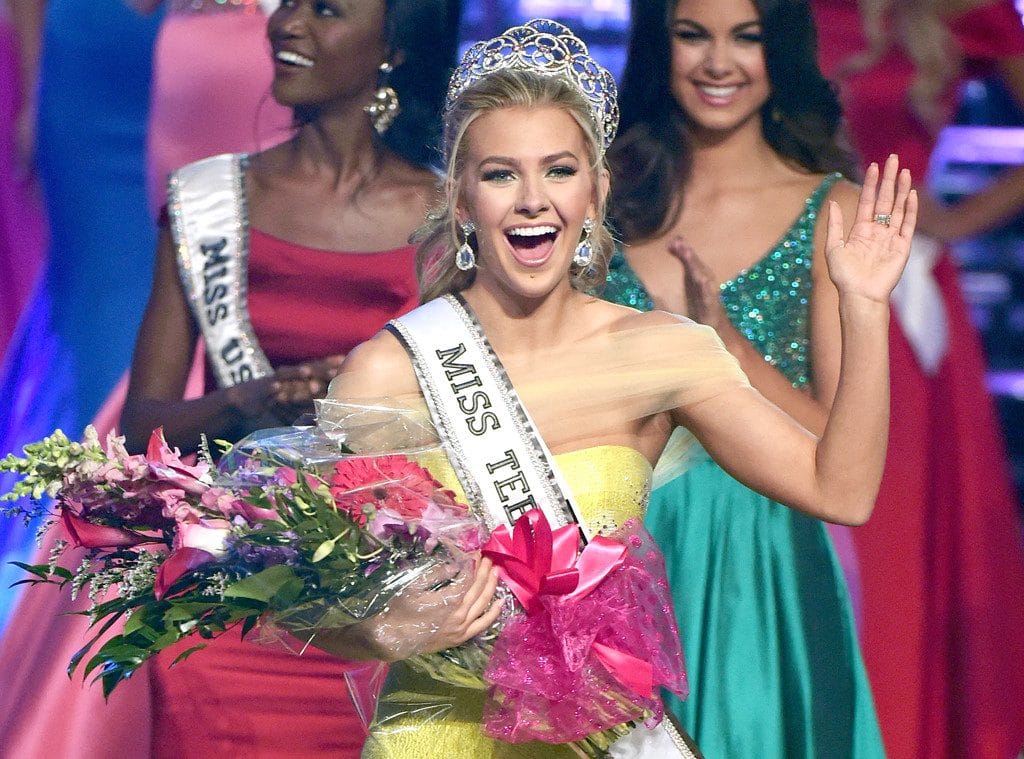 Realizing things were off to a pretty dicey start, Hay’s handlers had her turn her twitter account private while taking to her new official Miss Teen USA twitter account to explain away the prior ‘mishaps.’

Tweeted Hay: ‘I admit that I have used language publicly in the past which I am not proud of and that there is no excuse for,’

I admit that I have used language publicly in the past which I am not proud of and that there is no excuse for. Through hard work…

Blaming her racist language on ‘personal struggles,’ the newly announced Miss teen USA 2016 said despite the hurt she’d of course  become a ‘better person’ through education.

Responding to the fracas, the Miss Universe organization defended their new starlet after it came to their attention that their new role model just might be a racist.

Told organizers in a statement to the nydailynews: ‘The language Karlie Hay used is unacceptable at any age and in no way reflects the values of The Miss Universe Organization. As Karlie stated, she was in a different place in her life and made a serious mistake she regrets and for which she sincerely apologizes.’

Of course one can’t help wonder how organizers came to miss Karlie Hay’s nigger talk from the start?

While others, including Ashley Alese Edwards, Miss Long Island 2017 said Hay’s scandal could have been avoided if she’d been more upfront from the beginning. Do you suppose?

Told Edwards via the nydailynews: ‘The first thing a director will ask you is if you have anything out on the internet that will come back to bite you,’

‘It’s really embarrassing for her and the pageant.’

Across social media, users have expressed outrage at Hay’s past tweets.

Former Miss Teen USA Kamie Crawford called out the newly-crowned teen queen, wondering why she didn’t delete her Twitter feed prior to the contest.

‘If u win any pageant – first things first. Clean up ur page,’ Crawford wrote on Twitter. ‘Cus if ur under 21 u shouldn’t b drinking & if ur WHITE the n word ain’t yo word!’

I can take the #missteenusa top 5 being an all white, all blonde top 5. What I can’t take is – why didn’t the winner clean up her page? ???

If u win any pageant – first things first. Clean up ur page. Cus if ur under 21 u shouldn’t b drinking&if ur WHITE the n word ain’t yo word!

Yet perhaps not all the blame can go squarely on Karlie Hay’s shoulders, with pundits pointing out that the pageant despite it pillow talk for racial unity hasn’t necessarily set its own perfect record either, with all five finalists being blond, white women.

Taking to twitter, uber model Chrissy Teigen gave no faint regard of how she see saw the situation, pointing out the five final blonde white contestants: ‘Wow how can we choose from such a diverse bunch.’

Which naturally raises the awkward question wasn’t it only inevitable that eventually the pageant risked alienating a segment of society, never mind one of its newly crowned winner’s rancid contempt for African Americans…. 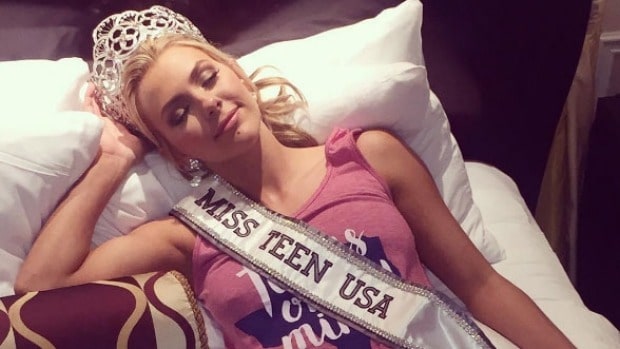 Wow how can we choose from such a diverse bunch https://t.co/0a4JHbP465