How Chelsea Mayes came to get even with a server at a Cheddar’s Tennessee restaurant after disparaging her and group on social media calling them niggers.

Chelsea Mayes has forgiven a Cheddar’s waitress after the Murfreesboro, Tennessee based outlet server went to snapchat and posted ‘she was hungover and was now forced to serve a ‘bunch of niggers.’

The disparaging remark was posted after Mayes and her friends, Bryce Holmes, Denzel and Montel Epperson, and Nitra Kent visited Cheddar’s restaurant after church where they enjoyed what they believed to be a good meal at the time.

A good meal in which the fellow church choir singers ended up leaving a good tip.

It wasn’t until the following day that the First Baptist group found out to their horror that their server had taken particular exception to serving the group.

Posted the Cheddar’s server on snapchat after noticing the group sitting in her section: ‘I am so hungover. And I have a section full of niggers right now.’

Yet perhaps what makes the post even more damning is during the whole time when the waitress served Chelsea Anne Mayes and her group was how the server even went so far to joke and smile with the table.

Racism never died & I believe it more now than ever. pic.twitter.com/oHMBTzkJaZ

Adding: ‘I say all of that to say this. You never truly know the person behind the smile. No matter how much love and joy you spread, there will always be someone with hate in their heart towards you, regardless if it’s in your face or when you leave. It’s up to you how you handle it.’

Along with writing: ‘I am personally extremely proud of myself. If this had of been Chelsea a couple of years ago, Cheddars would have been flipped upside down.

‘But now I just feel sorry for her.’

Told Chelsea Mayes via the nydailynews: ‘She was a great waitress,’

‘She did a good job, made jokes with us, laughed with us. We had a good time.’

Choosing to put her hurt and disappointment aside, Mayes reacted to the incident by taking to Facebook where she ‘expressed‘ her love for the server.

‘This n—— actually enjoyed your company. This n——— is actually praying for you. This n—— loves you and there isn’t anything you can do about it.’

That said the choir singer conceded had the incident happened years back her response would have been different, telling how her faith informed her to take another path. To boot, Mayes even invited the server who has since been fired after word of her post went viral to join Chelsea and her collective at Sunday School class. An invitation that the smiling and joking waitress has yet to respond to …. 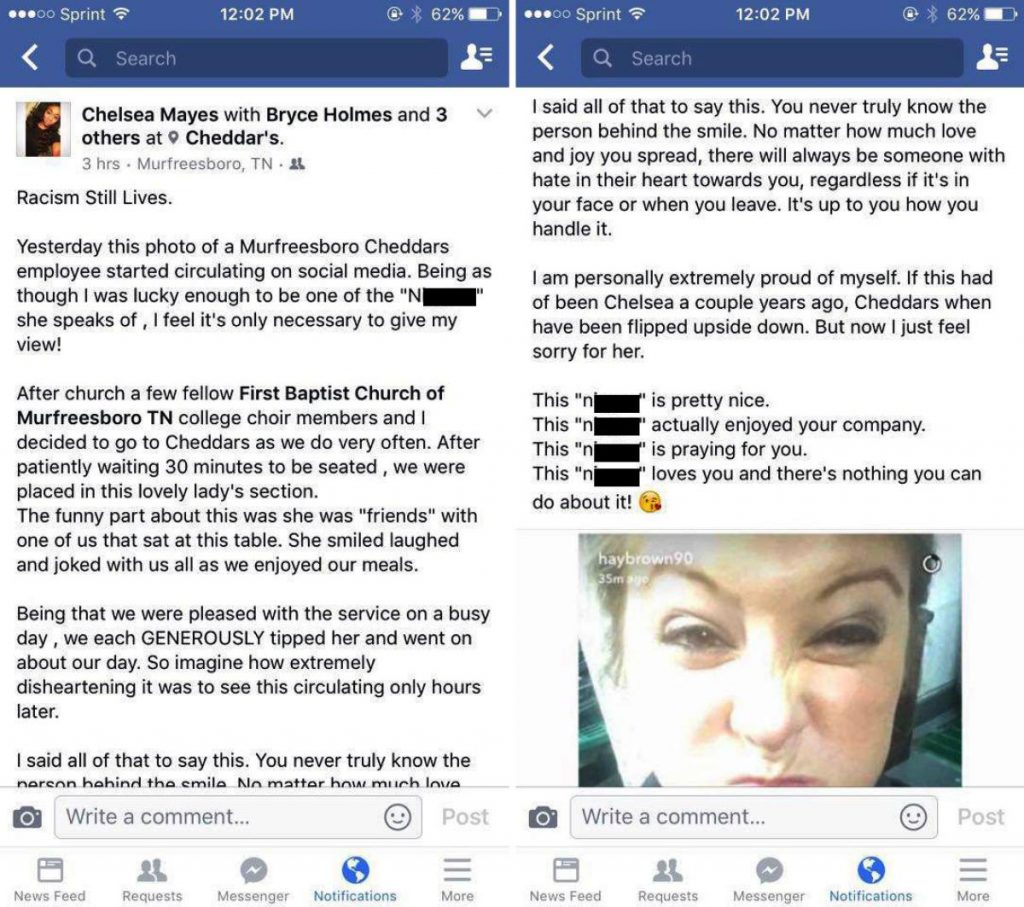 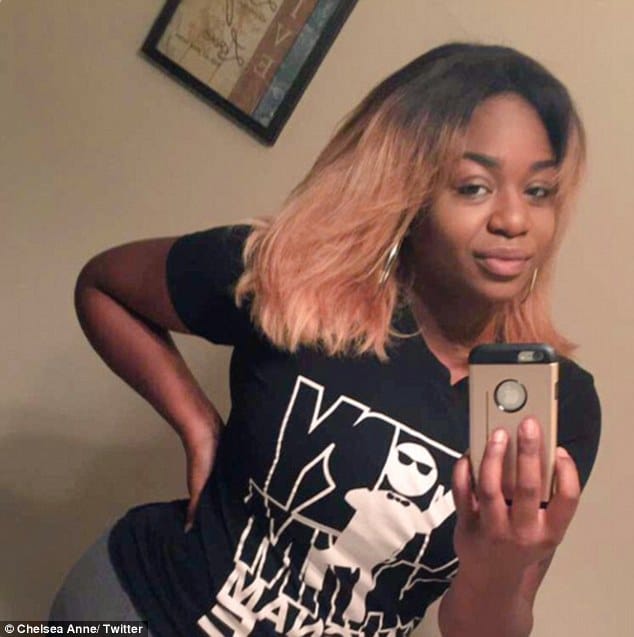 Derek Chauvin found guilty on all counts in murder of George...