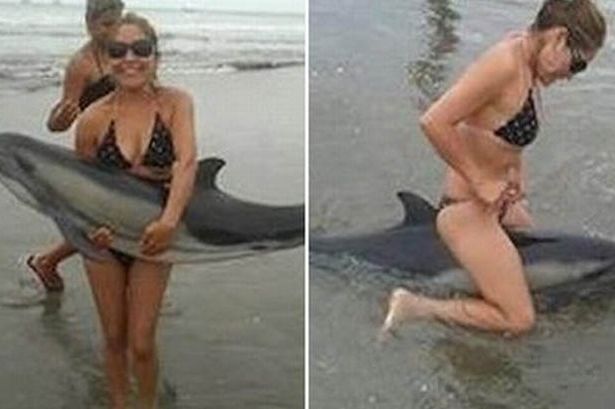 Judith Maribel Uriol Silva and Jonathan Ramos Torres both from Lima, Peru have been identified in unconfirmed reports as the two teens straddling a beached dolphin since come to be known as the Lima dolphin incident that took place in March of last year.

According to local reports, the pair said to be from Lima came across a distressed dolphin on the beach, too weak to swim back in the ocean. Rather than getting the necessary treatment for the dolphin, the pair to the outrage of social media users decided instead to take take photos and have fun with the dolphin.

In one image since gone viral,  the woman purportedly identified as Silva is seen clambering on top of the dolphin as she commands the beached dolphin to move forward.

Her purported compatriot Jonathan Ramos Torres, has also come to receive the ire of social media users after images of him hoisting the poor sea creature upside down.

That said a report via metro.uk explains that the dolphin may have been dead or close to death prior to being roughly handled.

The dolphin may have actually been dead at the time, according to posts on reddit, where the series of four images were first uploaded in March 2014. ‘For a dolphin to just let someone pick it up like that is strange,’ a user wrote, according to Huffpost. ‘They are very strong so I’m assuming it was nearly dead or already dead when the pictures were taken.’

Offered a spokesman for PETA via Huffington Post UK: ‘These callous and frankly idiotic individuals need to be found and prosecuted for cruelty to animals.

‘Dolphins are highly intelligent, sensitive, and self-aware animals, and it is never acceptable to treat them as mere play things. They live in tight family units with bonds that may last a lifetime, and these tourists’ actions may have caused the dolphins’ death, likely leaving a grieving family behind.’

A petition which had been previously launched in 2014 to have the pair prosecuted appears to have lapsed with no indication if the pair involved were brought to justice.

Judith Uriol Maribel Silva, the woman who was photographed with his lover loading and sitting atop a dolphin apologized to the country.

Speaking to ATV channel, Uriol Silva apologized for what he did with his girlfriend Jonathan Ramos Torres. “I made ​​a mistake in publishing this. If anything I have offended anyone, I apologize, “he said.

The woman told that the dolphin was found dead in January in San Pedro beach in Chiclayo . “The animal was stiff, stuck at sea. We took it to the bank and take photos. That day there were many dead dolphins on the beach, “he said.

He said it was the first time I saw a dolphin and therefore wanted to use to take photos. “No I did it with the desire to annoy or tease” he said.

That said a new petition has since originated on facebook demanding that the pair be identified and be brought to justice. To date the post has been shared over 285 000 times.

Demands the widely circulating post: ‘Keep reposting until we can ID these idiots who killed this poor dolphin.

‘Call the police if you know who these people are.

‘They are animal killers!! Let’s ID them and send them to prison. Keep reposting.’ 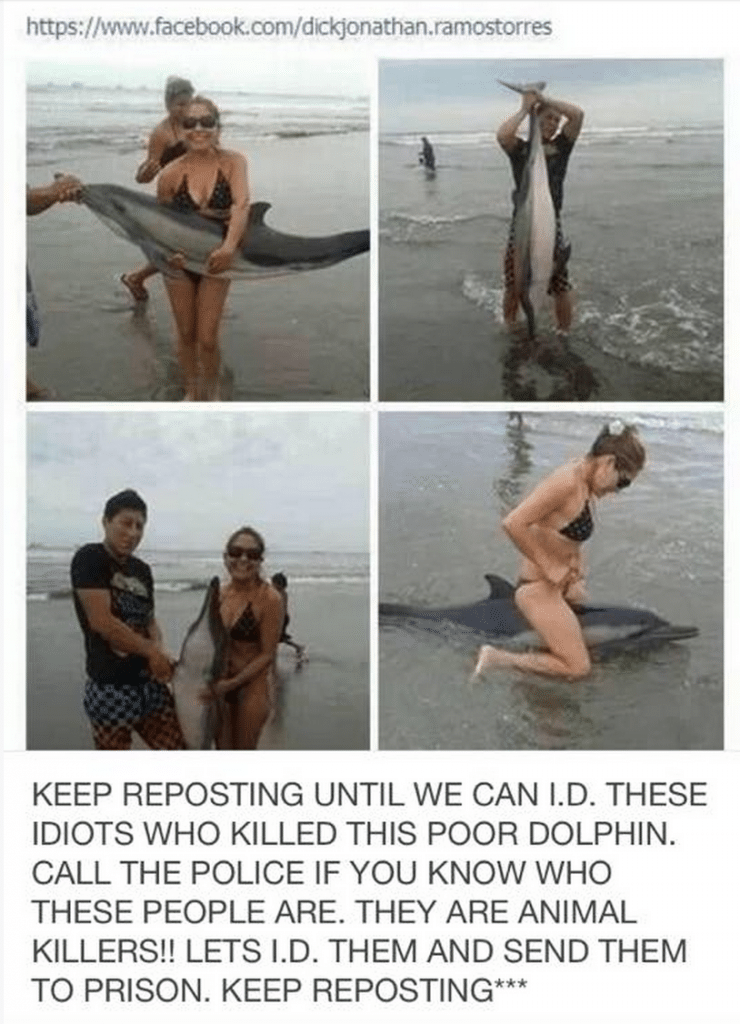 How To Sight In a Red Dot?

You’ll Want To Make These Short Haircuts For Men Your Go-To...