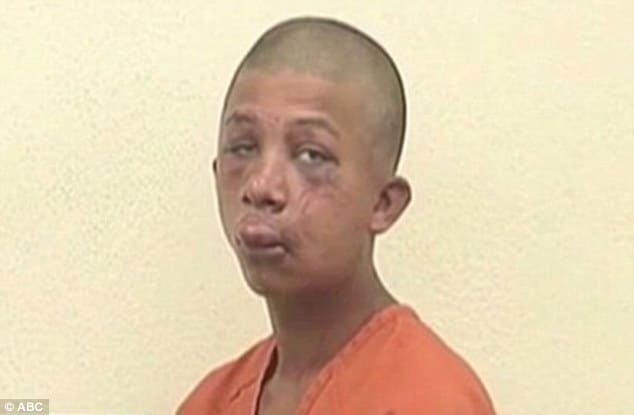 Raymond Frolander, the 18 year old teenager who first made tabloid headlines after incurring a bloody beating at the hands of the eleven year old’s father whose son he had been sexually abusing has been sentenced to 25 years jail.

Raymond Frolander beat down. Dad was acting like a dad tell cops.

At the time, the image of the beaten up 18 year old would go viral, with many justifying the father taking the law into his own hands when he walked in on the teen performing a sexual act on his son at the family home in Daytona Beach, Florida last July.

Appearing in front of Circuit Judge Leah Case, Frolander pleaded no contest to lewd and lascivious molestation of a victim younger than 12 in a bid to avoid a mandatory life sentence.

Speaking outside court, the child’s 35-year-old father – who is not being named to protect the identity of the victim – said the sentence would give his son’s attacker the chance to reflect on his actions.

Told the father: ‘He’s going to learn in the next 25 years why I let him live.’

The victim’s grandmother added that the plea deal meant her grandson would also be spared the psychological trauma of a trial, saying: ‘He just needs to learn to trust again.’

As part of the deal, Frolander, who had been molesting the boy for years, will be listed as a sexual predator, be on sex offender probation and undergo electronic monitoring for life after his release. 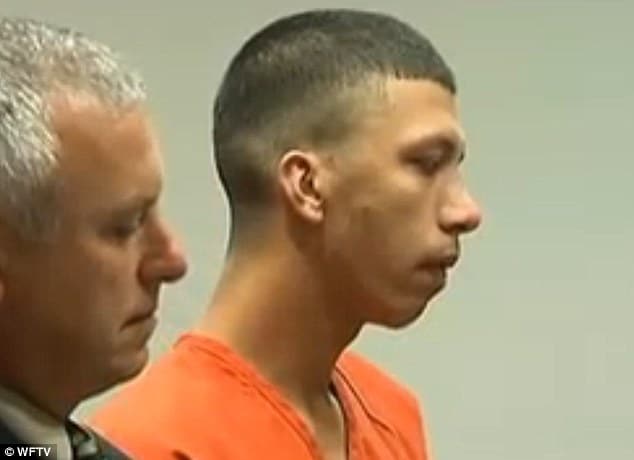 On the night of the attack, the child was apparently playing video games with Frolander and some friends. However, after the others left, the defendant took him to a back room.

There, Frolander reportedly pulled down the child’s pants and performed a sex act on him, before being caught by the boy’s father, who had just returned home after picking up some food.

The father, who had heard a strange noise coming from the bedroom, pushed open the door and discovered Frolander with his genitals exposed. In turn the father turned and began to beat Frolander.

Calling 911 the father told a dispatcher: ‘I just walked in on a grown man molesting [name redacted]. And I got him in a bloody puddle for you right now, officer.’

He continued: ‘He is nice and knocked out on the floor for you, I dragged him into the living room,’ before adding: ‘Send an ambulance. He is going to need one.’

Police arrived at the house to find Frolander unconscious. During an interview, the son told officers the suspect had been molesting him for three years – something Frolander later admitted to. 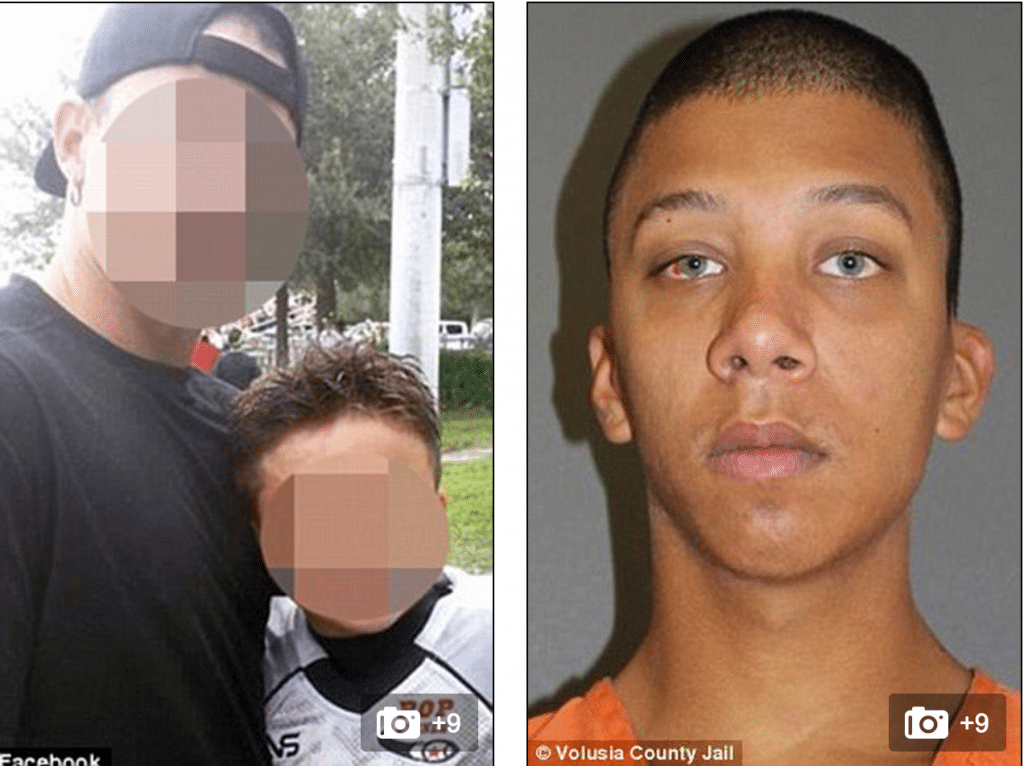 Days after the incident, the father admitted that it was only his son’s pleas which had stopped him from killing Frolander after he had stormed into the kitchen and grabbed a knife in his rage.

‘I was going to kill him,’ he admitted, adding that he and his family had considered Frolander a close friend and had often allowed him to spend time with the 11-year-old boy at their home.

‘There was nothing uncommon to let the kids go in the bedroom and play video games together and now I have to wonder why the door was shut,’ the father explained at the time.

The father also disclosed his rage also stemmed from being molested himself as a child at a foster home in California.

Police defended the father’s actions but later criticized him for creating a Gofundme page, initially entitled ‘Rebuilding Innocence’ asking for $1million in donations.

During his interview with police, the child reportedly told officers that he had been intimidated and told by Frolander that terrible things would happen to him if he revealed the abuse.

‘He’s 11 years old, he should be running around outside and playing video games, not dealing with something like this,’ Chf Chitwood said at the time.

No charges have been filed against the boy’s father as some have wondered if he overstepped his boundaries…?