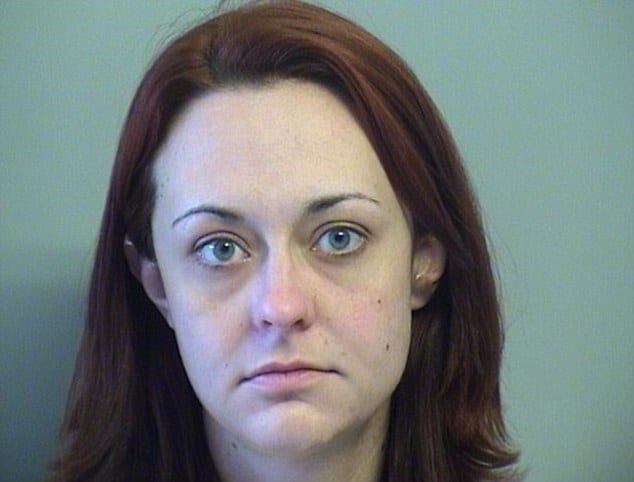 A lover’s quarrel has gone sour after Amber Ellis, 31 a Tulsa, Oklahoma woman maimed and injured her boyfriend after biting him at the base of his genitals after calling her needy.

The incident would lead to the woman being arrested on charges of maiming and assault with a dangerous weapon in connection to the near-dismemberment.

Her boyfriend, who has not been named, was rushed to a hospital were doctors were able to stitch up his mauled genitals. Indeed.

According to a police report cited by the local station KJRH, the victim said he and Amber Ellis were out drinking Wednesday night, and on the way home they got into an argument ‘about how needy she had become.’

The couple continued trading verbal jabs upon returning to their apartment until the man’s girlfriend stormed off to the bedroom and shut the door behind her.

Her boyfriend, who was described in the report as an amputee, according to Tulsa World, dozed off on the couch in the living room.

Nevertheless shit would get messy in the early hours of Thursday morning, where the man was awakened by the sensation of teeth chomping on his privates.

The man was able to fight Ellis off, but the scorned girlfriend, who stands at 5 feet 8 inches and weighs 120lbs, allegedly slammed him in the head with a laptop computer.

The injured boyfriend was taken to St John’s Medical Center, where he received four or five stitches to the base of his penis.

He was also treated for bruises to his head, face, neck, fingers and knee.

At around 2.30pm, Amber Ellis was arrested and booked into the Tulsa County Jail on $25,000 surety bond, where she still remains.

Incidentally this was not Amber Elllis’ first run-in with the law: she landed in jail in late August on a domestic abuse charge.