It seems Justin Bieber‘s reputation has taken another shit dive after the Justin Bieber racist nigger joke video came to be leaked via the UK’s Sun.

Was Justin Bieber blackmailed by TMZ for racist nigger video?

The video which Bieber’s camp had valiantly sought to prevent from being publicly viewed shows a then 17 year old Biebs (the collective tabloid hero is now 20) grinning, laughing along as he proceeds to use the nigger word over and over during a joke.

Asks our squeaky clean telegenic idol: ‘Why are black people afraid of chainsaws?’

It isn’t until the viewer of the video hears a voice in the background say ‘don’t even say it’ before Biebs gets to the punchline that one comes to understand that Justin Bieber has of course every intention of saying ‘it.’

What’s noteworthy is that Biebs who back then was already on a meteoric rise knows the camera is rolling, which is to suggest he thought little of his asinine and derisive sense of humor.

According Page Six, the video was filmed for the Bieber biopic Never Say Never, but (for ‘compelling’ reasons) was left on the cutting room floor.

And as the tabloid world is left to digest Bieb’s latest indiscretion, things take a magic curve ball when tmz then come out with its own version of the tape, telling that they always had the tape and had simply chosen to lock it away than rather use it and potentially hurt Bieb’s career. The outlet also mentions that the video in fact came to be filmed when Biebs was 15.

But this being tmz, the outlet also admits that Bieber’s camp had purportedly offered big bucks to keep the video from ever going public, fearing that it ‘might get into the wrong hands.’ Which is layman’s terms for ‘getting into the wrong eyeballs.’

How much tmz was purportedly offered hasn’t been disclosed.

A spokesperson for Justin has been contacted for comment. As of yet no statement has been issued. Can anyone guess why?

UPDATE: Justin has released a statement about the video to TMZ. Read it below.

Justin tells TMZ, “As a young man, I didn’t understand the power of certain words and how they can hurt. I thought it was ok to repeat hurtful words and jokes, but didn’t realize at the time that it wasn’t funny and that in fact my actions were continuing the ignorance.” Justin goes on, “Thanks to friends and family I learned from my mistakes and grew up and apologized for those wrongs. Now that these mistakes from the past have become public I need to apologize again to all those I have offended.” Justin continues, “I’m very sorry. I take my friendships with people of all cultures very seriously and I apologize for offending or hurting anyone with my childish and inexcusable mistake. I was a kid then and I am a man now who knows my responsibility to the world and to not make that mistake again.” And Justin says, “Ignorance has no place in our society and I hope the sharing of my faults can prevent others from making the same mistake in the future. I thought long and hard about what I wanted to say but telling the truth is always what’s right.” Justin ends with this: “Five years ago I made a reckless and immature mistake and I’m grateful to those close to me who helped me learn those lessons as a young man. Once again….I’m sorry.” 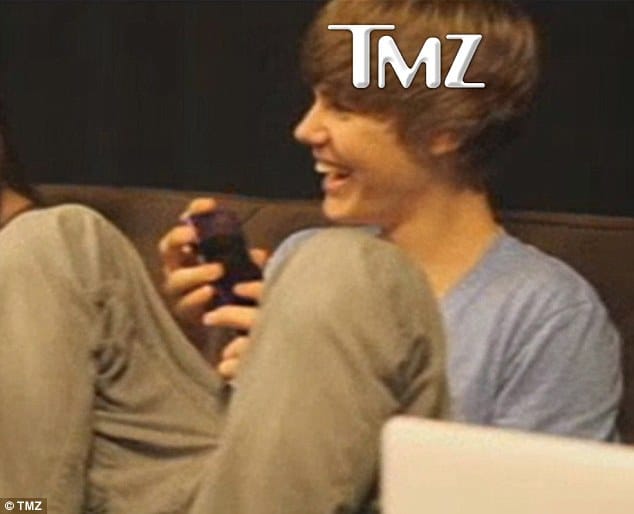 Maryland teachers aide self pleasures on Zoom – says it was...