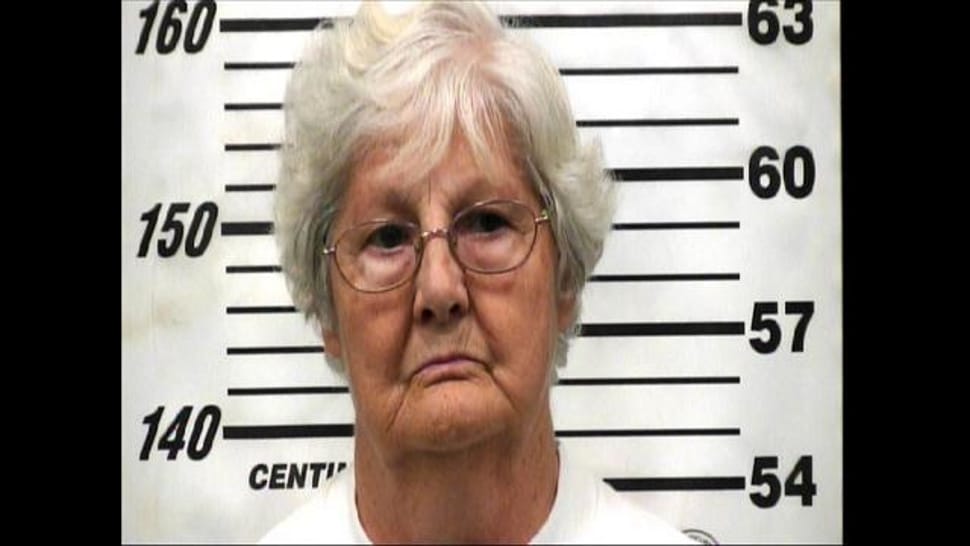 Authorities in Tennessee have gone on to arrest Margie Rhea Ramey, a 72-year-old woman for firing a weapon at a car full of children that was backing into her driveway to turn around.

Oscar Scott, his wife, and their five young children were returning home to Virginia after a day at Bays Mountain Park this past Sunday, when they decided to take the “scenic route” back through Hawkins County.

But after getting lost down an extremely narrow old road, Scott decided that the best thing would be to turn around and go back.

Having put his Chevy Tahoe in reverse, Scott then heard a woman “hollering” from a porch about 150 feet away.

Before he could realize what was happening, a bullet had struck the passenger side of the vehicle.

Told Scott: “She fired one shot and my wife hollered and told her we’re just turning around, and then she shot again. We got out of there pretty well as fast as we could. I still don’t really know what her problem was.”

Fortunately no one was injured. From there Scott went on to phone the local Sheriff’s Office to report the incident, and Sgt. Michael Allen was dispatched to the scene.

According to his report, the woman who’d been sitting on the porch, Margie Rhea Ramey went on to confess to firing at the car, claiming “she has had a continuous problem with people tearing up her driveway.”

For her efforts, our collective hero was subsequently booked into Hawkins County Jail on seven counts of felony reckless endangerment, but bonded out later that night.

Her preliminary hearing has been set for September 23rd.

Since the incident Scott has gone on to acknowledge the following: “At the end of her drive going up to her house she did have a no trespassing sign.”

That said Scott went on to say the narrow road left him no choice but to back up into Ramey’s driveway. “The road isn’t even wide enough for two vehicles, and at the end there it’s barely wide enough for one.”

“I don’t know what’s happened to her in the past, but me, my wife and five kids weren’t doing anything wrong. I know you can’t shoot at somebody for turning around in your driveway.”