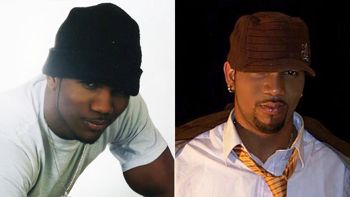 Everyone’s favorite new media-whore internet sensation Rebecca Black wants you to know, she wasn’t smart enough to come up with her hit ‘Payday” ‘Friday’ all by herself, duhhh. It was all with the help of Patrice Wilson, CEO of Ark Music Factory, a didn’t-quite-make-it media mogul who preys on helps young girls become pop-superstars.

We all see how well that did for the Cyrus clan. Lolz.

Gawker: You might recognize Wilson as the genial driver who inexplicably began rapping in the middle of “Friday.” Born in South Africa, Wilson moved to Eastern Europe as a teenager and began rapping under the name “Pato.” According to his MySpace page, Wilson has modeled for Calvin Klein and acted in “several movies, one of which was Urban Menace, which starred Snoop Dogg.” In 2007, he moved to LA to break into the music business. Instead, he founded Ark Music Factory in 2010 along with producer Clarence Jey.

We’re sure glad he’s got MySpace to back up  his street cred.

Is he a genius? No, but if you want proof that he knew a media whore opportunity when he saw one, it’s in cyberspace.

Since “Friday” went viral, Black has been interviewed on Good Morning America and a guest on Leno. “Friday” has been viewed over 66 million times on YouTube and peaked at number 19 on iTunes.

And when you’ve got that, who cares about quality? Just ask Patrice.

Garbage for the sake of garbage turns into gold? Who knew.

Rebecca Black wants to sing you the worst song ever made

The Best UK Festivals to attend this year

How To Deal With Accidents On The Road Quickly And Without...