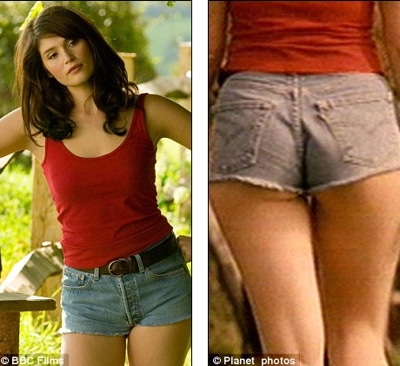 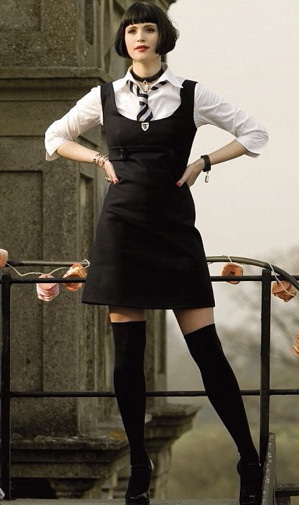 In a shocking new statement that still has Hollywood the whole world reeling, one actress, former Bond Girl Gemma Arteton, claims she has been treated by the establishment ‘as a piece of a**’. We can hardly stand straight after another sip of the Kool Aid.

Why the media’s even bothered covering something so altogether obvious attests to the sheer social prowess of Miss Arteton’s publicists. Isn’t the most ‘shocking’ thing about these statements that they’re so knowingly disingenuous? Why is this something a self flagellated tabloid writer needs to tell us?

UK Daily Mail: The 24-year-old said she had read too many of ‘the same’ scripts, in which women languished in the shadows or were simply there to help the male lead.

The actress, who starred in this year’s blockbusters Clash Of The Titans and Prince Of Persia, criticised the ‘t**ts out there (in the film world) who don’t deserve to be in the positions they’re in and treat people like s**t’.

No better way to coax tabloid whores into treating you like a lady than to speak like one, huh Gemma? And since when has success in Hollywood, or the media at large for that matter, ever run on merit? The contradiction contained in the above statement hints at exactly what Gemma’s latest publicity stunt is all about: the careful positioning of herself as a ‘serious’ actress not through merit but through media manipulation and invoking all the right connections…

Whether or not we acknowledge that actresses (and all female entertainers for that matter), in American culture are treated as ‘pieces of a**’ means little when confronted with the sad facts of how Geisha Arteton wouldn’t  be famous if it were not for her much adored buttocks.

Gemma understands this, of course, and wasn’t complaining (at least not on record) when that same ass worship and eye-groping helped get her exactly into the position she so currently enjoys.

Isn’t this part of precisely the same problem of success, or lack thereof, based solely on how one’s ass looks in hot red booty shorts she’s been so busy vehemently raging against?

If this is how Gemma really feels — and we’re being led to believe it is — we should wonder why she was so willing to betray her deep feministic idealism to begin with?

One thing’s for sure complaining about how her ‘There are pictures of [her] everywhere in those f*****g hot pants’ inspires more people to search for said photos which, in itself, is great publicity.