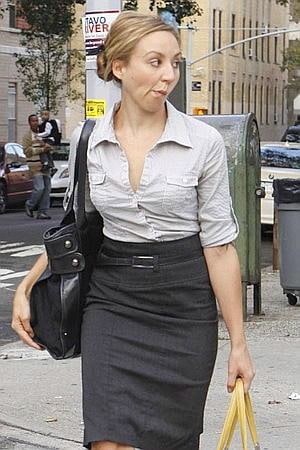 When discretion sometimes saves you public humiliation and possible loss of tenure.

We all have secrets, done things that we rarely talk about with others let alone in public but in this week’s biggest faux pas comes the unbelievable tale of seemingly docile school teacher who inadvertingly ended up using her own identity (a no no kids when talking about your past naughty experiences…) when she decided to write a letter to Huffington Post venting about the recent closure of Craigslist’s adults services. You want to guess what’s happened to Melissa since she came clean about being a ho? Take out a few hundred bucks and read on…

Which has me and the chipmunks, Fyodor and Mazeltov, whom we keep in the glove department wondering, was this just an innocent slip up on Melissa’s part, or what the chipmunks have been whispering in my ear a Freudian slip on Melissa’s part to let the world on some deep level she still considers herself a ho and perhaps (by virtue of venting about Craigslist’s recent closing of its adult services department) was possibly fishing for some leads, cause you know Christmas is around the corner and who couldn’t spare making a few extra bucks?

Do you think parents are upset? Let’s put it this way, by the time our friends over at the NY Gutter Post finished with Melissa this morning the poor girl has been wishing she was never born. See what happens when smut journalists get the yummies on you…

NY Post: It appears she managed to keep her shenanigans a secret from parents at PS 70 — who were stunned by the revelation.

“I don’t want nobody that used to do that to be around my kid,” said Grace Ventura, whose son is in third grade. “People like that should not be allowed to be anywhere near children.”

Uh- oh, sounds like little Melissa is in deep shit. Can you smell a pair of natty journalists carving Melissa up to feed to the suddenly distraught parents of the Bronx? Because by now, one should be accustomed that our friends at the NY Post are the purveyors of moral aesthetics and what they say goes. Even if what goes is your career…

Yocelyn Quezada said perhaps Petro had managed to turn her life around, but she still fumed that a former money honey was teaching two of her three kids.

Notice how our friends at the NY Post don’t directly castigate you, they just march over to that part of the room seeing iron red and point the skillet over the fire. And of course you all know who’s ass is over that iron skillet don’t you? Right Melissa?

Principal Kerry Castellano referred questions to the Department of Education’s press office, which said Petro had been reassigned to administrative duties pending an investigation.

Reassigned? Who Melissa? Because we don’t like to have our children being taught by individuals who once used to offer sex for money, because as we all know that is morally repugnant. Never mind those same parents that may have even once paid Melissa a late night call…

Petro, who earns $61,000 a year, also wrote that a co-worker had warned her that some of her colleagues were beginning to Google her.

Which begs the question, how much can Melissa earn if she should suddenly decide to fall back on her previous modes of employment, especially since Craigslist adult services are gone…?