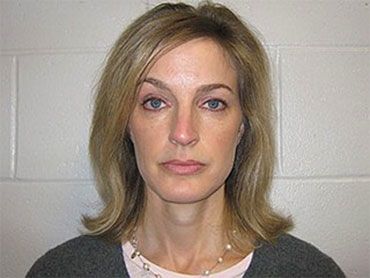 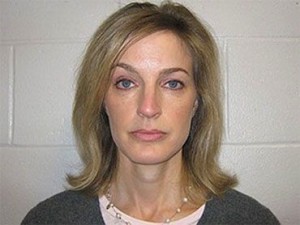 It seems Melinda Dennehy, a New Hampshire high school teacher has gotten herself into a spot of trouble. Why? Let’s all find out, courtesy of cbs news.

Police say the 41-year-old English teacher sent four sexy shots of herself to a 15-year-old male student at Londonderry High School. The student, it seems, thought that was pretty nifty. Police say he forwarded the images to his friends.

Of course one could understand this is Melinda’s special way of letting the 15 year old in question know that he’s going to be getting straight A’s in class amongst other things. What Melinda didn’t realize, since she is no longer 15, but 41 instead, is that by sending the pics to the child (yes, 15 year old still does qualify you as a child no matter how much you turn your 41 year old teacher on…) that ostensibly the whole school yard would be ogling at your private parts the minute recess hit. Who can blame the kids, it’s just in kids natures, even most adults too…

The teen told police that Dennehy had “continuously sent him text messages,” some of which were sexually explicit. He also claimed that she “kissed him twice on two separate occasions” in a classroom at school.

Dennehy, of Hampstead, turned herself in to Londonderry police Friday. She is charged with one felony count of indecent exposure. Hampstead is 30 miles northwest from Concord.

Oh well, one can only agree this was a ‘love’ (kiddie) affair that wasn’t meant to be…

The mother of two has since been freed on bail, but was ordered to stay away from anyone under 16. Police do not know of any other victims.

Dennehy will be arraigned in Derry District Court April 30.

Oh the inconvenience of it all…Damn, and Melinda has such nice big blue eyes.