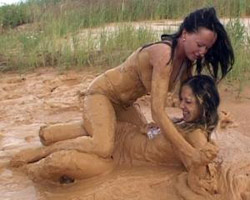 SUMMER has officially ended because the niceties that are normally reserved at this time of year are officially and socially over. Disgusted by the attacks on her character and the suggestion that her once ‘big name’ client (Elliot Spitzer) is mulling the idea of running for office Ashley Dupre went on the attack in her blog about what she perceives are the double standards running amok in society.

“Get real and get over yourself,” Ashley tells the jet set, you “just love to judge.”

“I know many women who target guys with money and use them to get these things. They toy with them, flirt, go on dates, have sex and then drop hints about that new dress . . . or being short on rent money — and the guys deliver it.”

Could this possibly be true? Is Ashley onto something that most of us hadn’t until this morning figured out?

And then it gets better…

“Let me say this — most girls, to varying degrees, of course, want to be pampered and have nice shoes, designer handbags and gorgeous clothes,”

Okay, even we like to get pampered, but now the punching gloves come off…

“I see this all over New York City. Some women aren’t as vindictive, but still dive into relationships with wealthy guys who they don’t love or even find attractive, but they stay in it because they have a nice home, a car and spending money,”

Could Ashley be onto something, and is she speaking from first hand observation or just social observation?

“They would rather stay in an unfulfilling or loveless relationship than lose that security.”

Oh well, when women start calling each other out it can start to get ugly but thank God there will always be rich guys out there willing to take her bait…